April 2017 saw the unveiling to the national press of a unique network of First World War tunnels found on Salisbury Plain in Wiltshire. This marked the completion of an extensive individual project – of months of specialist surveying and excavating of a site on Larkhill – 1.5 miles north of Stonehenge. The site – earmarked for 400 new family homes for Service personnel returning from Germany in 2019 under the Army Basing Programme – was undergoing initial preparations for work to be carried out before the discovery of a single tunnel gave some insight into the significance of what lay beneath.

GABLE was proud to be involved in this project from the beginning along with the professional services of Cundall International multi-disciplinary consulting engineers and Sirius specialist site development engineers providing consultation and expertise only a short time after this initial discovery took place, subsequently assisting with the sourcing and managing of the specialist teams and resources required to work on what later became a part of the largest single investigation of First World training trenches anywhere in the world.

The 8 kilometres of trenches were part of a First World War battlefield used to train men to fight in and under the trenches of France and Belgium. As well as the archaeological significance of the tunnels alone, over a hundred inscriptions written by soldiers training were found, alongside artefacts such as grenades and ammunition, food tins and improvised braziers. Also in addition to the tunnels, a wealth of prehistoric remains – including a Neolithic enclosure some 600 years older than Stonehenge and 4000 year old burials – were discovered on the same site, marking the significance of the discovery and project even further.

Whilst GABLE has previously been associated with a range of specialist projects throughout the UK and Europe – including several with the Ministry of Defence – the involvement with the Larkhill tunnels project represented a unique opportunity to be a part of a story of unprecedented archaeological significance, as well as contributing to the preservation of an important piece of social history. 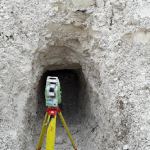 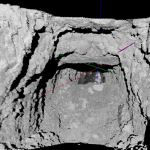 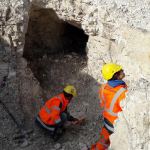 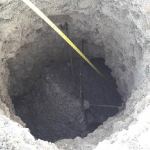 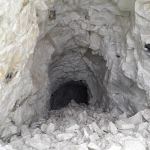 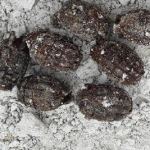