Network Rail has spent over £1 million regenerating Portsmouth Harbour Station. The station was completed this month after six months of work.

Michael Holden, Director Network Rail Southern, said ‘We are very proud of the work at Portsmouth Harbour. It has made a real difference for passengers and staff and has improved the station environment for everyone. This station is particularly important for Portsmouth providing a transport interchange for train, ferry and bus services’.

The investment in the historic station began in September 1999 with a major overhaul of the station roof. Work has also included a new overlay to the platforms which is non-slip, repair and painting of the footbridge, replacement of wall and buildings cladding with profile metal sheeting, and an upgrade of platform 5 access walkway and windbreak.

Network Rail’s contractor Kier Rail has carried out the works. Robin How, Kier Rail’s Project Manager for Portsmouth Harbour said ‘The project has been delivered on time and within budget’.

South West Trains, who operate the station, contributed to the scope of the works by re-painting the entire station.

The investment in Portsmouth Harbour is part of Network Rail’s station regeneration programme and is in keeping with the proposed redevelopment of Gun Wharf – a site of former naval buildings near the station – into shops, housing and leisure facilities. 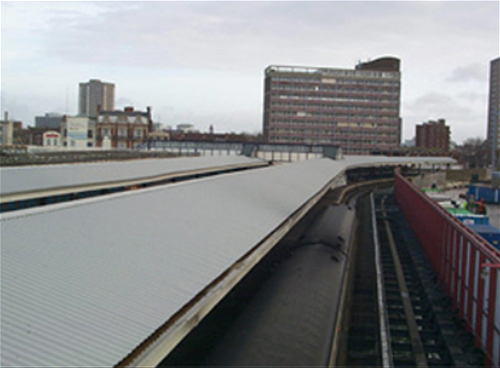 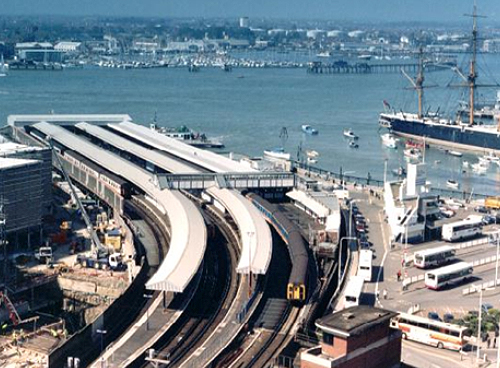